The Land of Earth "Duos" Battle-Royale

Long forgotten since the fourth great ninja war, and unseen by most as only a few were teleported into its chilling midst. An icy realm, composed of frozen canyons, plains, and mountains - the "Infinite Tundra" is a a sub-space dimension created by a long-since deceased Otsutsuki Lord, allowing for the survival of only the most persistent flora and fauna. A castle-like construction, dubbed "Kaguya's Castle", is situated atop an icy cliff watching over the endless frozen plains. While comprised of most of the necessary factors to promote life, this planet's temperature had been the downfall to many possible species, leaving empty of most sorts of intelligent life. Oddly, as of recent, large pillars of light can be seen upon the horizon, surrounding a large, hundreds of miles in circumference, basin of permafrost and mystifyingly fragrant "Frozen Lilies". Appearing upon each of the cardinal peaks of this two mile deep "bowl", the blinding white light of these pillars would contain a Law of Time and Space profound enough to breach through the temporal plane, calling to those fated to do battle for the appeasement & entertainment of the ever-vigilant Gods. Only the lasts remaining can become the true successors to this realm's Lord and his heavenly cultivation techniques...

"Oh by the gods---
BLEERGGGGGH...
Ehhh, I'll just... cover this up before Chujohime arrives...
Yeah, That it... all better..."
Irregardless of how embarrassing it must have been for the young Lord to experience such heightened levels of motion sickness, the rate at 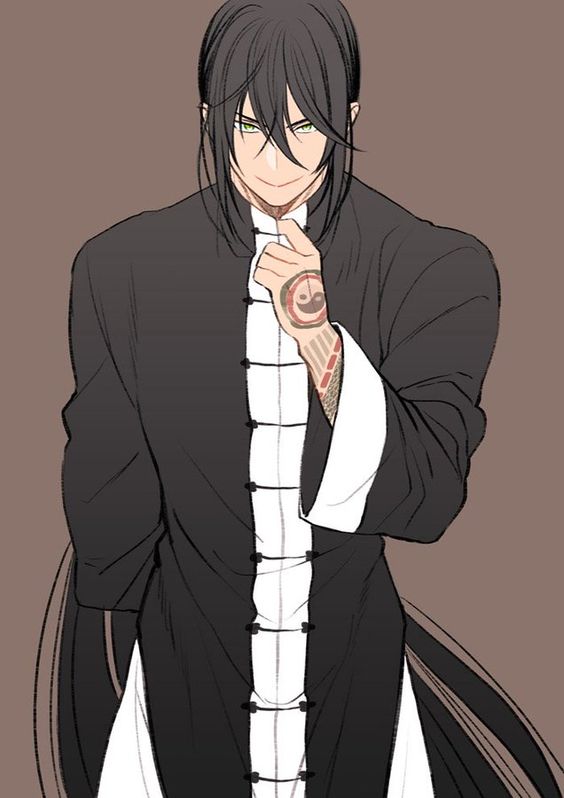 which he had been thrown through the cosmic paths betwixt the dimensions, it should have normally been enough to obliterate those with less than refined physiques. Perhaps this had just been the path he had been sent upon? Or, maybe the mysterious method of transportation had been tampered with by his frantic efforts to escape the technique's heavenly call? Just previously, he had been asleep in within the Tsuchikage's quarters. laying in bed with his gracious wife and loyal pet. However, as if plucked from the gardens of the universe and expeditiously cast towards this new destination - Mazu suddenly had arrived upon these hallowed grounds, thankfully unscathed, to answer the call of an unknown sponsor. Despite the fact he'd been obviously wearing his evening attire; suddenly he'd now appear here. fully equipped, with the full extent of his battle ready armaments...

Such were the methods of those able to orchestrate such games between this group of the greatest minds that the shinobi world had to offer. As to how each of these teams had obtained their invitation to these forsaken lands, it had yet to be revealed, but it would seem as if this selection would only consist of the roster of Tsuchi no Kuni's strongests. The chosen area, a frozen wasteland filled with the chilling presence of a dying dimension, was not exactly ideal to any of their stylings - making this the perfect area to booth cultivate new strengths whilst testing their own prowess against those capable of withstanding each's respective wrath. With the Castle to the Ancient Goddess looming upon the horizon, overlooking each peak as it towered over the entire basin, an intriguing force sat at its center - awaiting a duo with the ability to reach the heights of dual cultivation techniques.

Righting himself from his momentarily awkwardly knelt position upon the snow-covered crags of the mountain peak, Mazu hurried to kick & shuffle away the now-melting slush which carried the contents of his belly across the mountain's face - hoping to hide his shame from the judgement of his fated. Unfortunately, he'd comically vomited upon arrival after experiencing this new form of travel, showing his inexperience with this level of interdimensional techniques. Whilst he'd had knowledge and made use of space/time Jutsu, it was rare to see one able to transport a person (or group) across this many expanses of space and through so many barriers at one time. As he'd been using handfuls of loose snow to clean off his fur-lined boots, removing any sign of his indecency before the arrival of his beloved wife; the Tsuchikage's subconscious control of his nanorobotic augmentations within his biology effectively began to adjust themselves to adapt towards the surrounding environments - allowing for their host to freely transgress within these conditions without fear of inhibition. By accelerating the blood flow, while reinforcing the cardiovascular systems within the body with the help of his biological engineered nano-robotic cells, it was a minuet matter for this man to increase the core temperatures within his body heat to that able to sustain the humanly norm of 98.6 degrees. Due to this, a translucent yet visible steam would consistently rise off from his, normally shirtless, torso; now clad within a prestigious black & white Chi-Fu; as he moved about the snow-laden area - stretching through intrigant movements, checking over his general wellbeing, and analyzing the environments after the transfer into these realms. Once he'd known his body to truly attune itself to the new found physics of this world, all that had truly been left for the man to do was to await the entrance of the Lavender Kunoichi of Tsuchi No Kuni. With her at his side, Mazu was sure that none would be able to reach their peak, much less defend their own if they way their way down and over to the opponent's. Unaware of what she'd bring with her to the battle field, through collaboration of their techniques alone, these two sages held the joint-ability to figuratively divert the rivers and one day, even rend the very heavens. 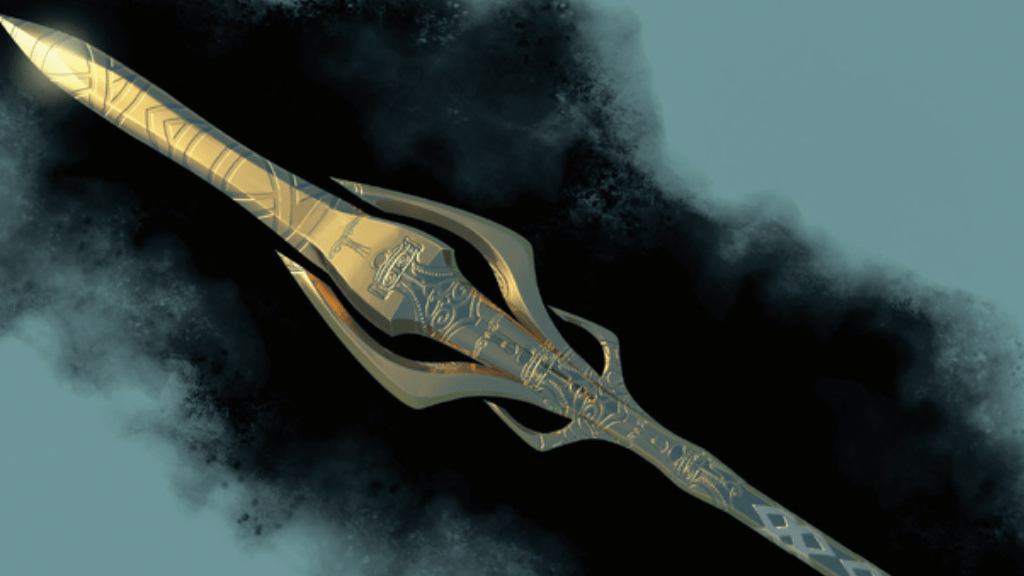 Until the rest of the combatants had been able to make their way to the Basin through their respective teleportation array; or more importantly Chujohime; Mazu thought to inventory and strategize with what he had been granted out of his armaments upon arrival. Of course, his synthetic prosthetics effectively camouflaged his hidden fangs within their unique sheathes, his fuinjutsu oriented tattoos held the remainder of the numerous weapons and various scrolls he'd obtained throughout his journeys, easily access to the couple through the slightest fluctuations of their comingled chakras. Thinking to first summon the most recent addition to his treasures, with but a thought and a slight shimmering of chakra infused light across the scales of his betrothment tattoo along his back, the elongated form of an exquisitely formed polearm would safely emerge from the skin to be carried by strange anatomical cords - affixed to lay from the left shoulder across to the right's lower hip. To onlookers, it would appear as if this object had somehow been birthed out from of the man, as if sudden piece of treasure bobbing out from the turbulent nano-robotic surfaces that resembled miniaturized oceans formed from the man's skin.

Nevertheless, it was not about the flourish, but the usages of this item and its hidden levels of malignant killing intent, conveniently locked away within the transformative & sentient Draconian Hoko Yari, righteously dubbed: "Gungnir" - because it was surely able to live up to its overwhelming folkloric namesake. Five feet and eight inches in shaft length & three inches in thickness, while its blade sat at an imposing two and half feet, this spear had been crafted from a nigh-indestructible material, known as: Dragon's Essence, in hopes to carve out a new, brighter, legacy for it's destined wielder and heritage. It's, primordial & natural energies inscribed, trident-like appearance allowed for two pairs of lesser crescent-blades along the sides of the instrument, trailing in the same direction of the main front-facing blade. This version of the design had been crafted to not only increase the width and surface area of the spear's melee attack range; but also granted for the user to also hook onto weapons, items, or his surroundings to create unique effects. This was all implemented in order to match and boost the effects of the more troublesome capabilities of the spear's eloquent shaft & various (three) handles - originating from the dreaded "Te Kuda Yari*", designs of the Draconian Lancer Regiments.

Unfortunately, now all that was left for the Stone Fist of Iwagakure to do was to sit and wait, as he would not leave Chujohime to fend for herself or be the first to descend from their mountain to meet with the others soon to be gathering in the basin's epicenter. As a founding member of this Murim (Marital Arts) Society, he knew that to preemptively attack anyone before they made their respective entrance, was the same as offering one's life to that figure sitting in wait at the Highest peak - the soul of she who called them all to this sacred place. Honor in battle, and humility in loss. These rules applied here, just as they did whenever he had been pulled from his universe to face the champions of other timelines or realms. Surely, this was not Mazu's first contest of strength, though it would be his first amongst this 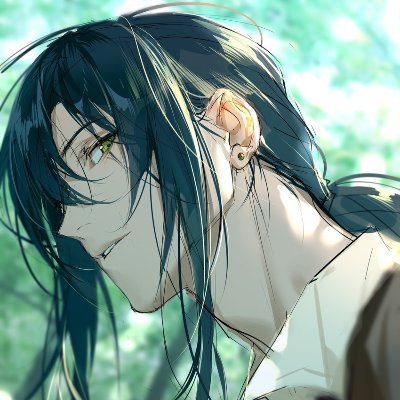 gathering of shinobi. New faces brought new opportunities, and new opportunities are just as like to become failures as they are to be a success. It was better to gauge those who arrived, as Chujohime and he made plans to detain their brethren. Wasting an moment to himself humming a Land of Earth poem as he stared out unto the other gathering lights which cascaded over the opposing West, North, and East mountains; this young Lord happily sat near the warmth of the teleportation array located in the enormous Southern Peaks range - basking in the high noon's sun which poured out across the breadth of the basin to fill fields of alluring lilies with refracting plumes, radiating white and cyan hued rays of profound energies over the entire region. Such a gorgeous dimension, if one could look past its inhospitable environments... It would be a shame if someone... Briefly giving a off a somewhat childish chuckle before shaking his head to elevate this mindset; Mazu pushed a random negative thought out before the tell-tell small slivers of tangerine; hinting at his true underlying prowess; revealed the existence of entity(ies) lying dormant within this Tsuchikage's "Charged Knowledge Sea".

"Tch... That little fucker Raoken teamed up with that rapscallion Midori, and Takioto has the nerve to come with Katagawa?... The Traitor and a Vagrant & The Explosive Neanderthal and my predecessor who tried to suplex the ten tail's jinchuurki... Hehehe, I can feel the beast's residual chakra vibrating in my chest at the memory. I think its soul might be a little... anxious? I'll be surprised if there's anything left when this is all over...
...
Hurry over Jojo, it seems like our plate will be full tonight... I'd be a glutton if I ate this feast all by myself... "