There had to be at least 50,000 people present.... but the capacity was 51,000. What in the world went wrong? Backstage at the Thunder Dome Arena a beautiful woman of small stature paced back and forth while assistants tended to her hair and costume. Arrangements for her to take the stage meant that she had only ten minutes left before showtime. Her hair was longer than usual because she wore a lace front. Although her lips were already full and plump for the night they were overdrawn giving her a few more inches.

"What do you mean we're not at capacity?! What the hell do I pay you for, dumbass!"

Her voice echoed through the entire room and out into the hallway. Body guards who wore Kumogakure headbands stood outside her spacious dressing room covered their ears. They felt for the attendants who were in close proximity to her. The only person that could undergo her loud screams was her husband, the Raikage. Whoever Maihime - the iconic singer, songwriter and dancer - was speaking to on the other line trembled because they knew what was next. "You know what! You're FIRED!!!!" exclaimed Maihime as she tossed her phone at the wall and pushed her hairdresser onto the floor, going so far as to run her hands over the table that carried her make up and refreshments. Everything toppled and spilled in one place or another. A sheepish assistant came from the backdrop and spoke up. "M-ma'am... you're on in sixty seconds..." Rolling her eyes, Maihime shook her hair behind her with her eyes closed and walked out of the room. Behind her an entourage of guards and assistants followed. 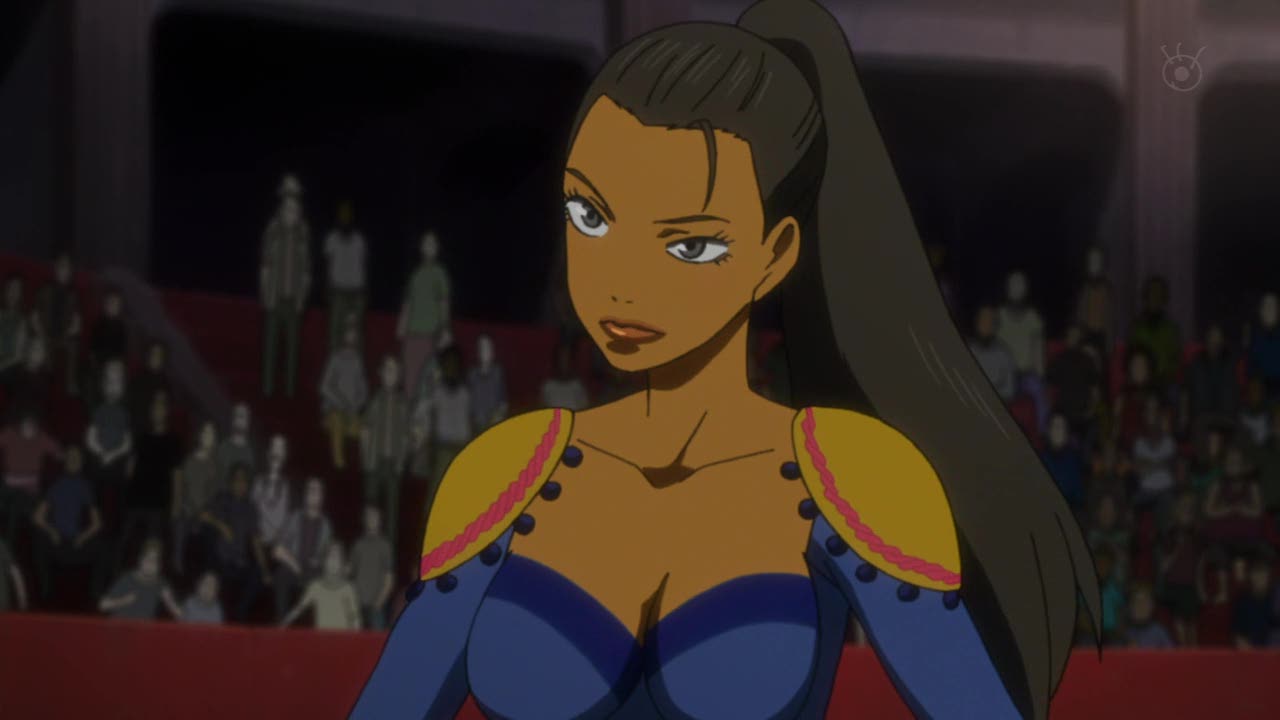 All-the-while the loud screams of adoration from her thousands of adoring stans could be heard.

Behind a wall that hid her from the massive stage the woman closed her eyes and breathed in slowly. An earpiece was all she needed; Kumogakure technology would project her beautiful voice across the entire stadium using it. Tonight's performance was being broadcast all throughout the Earth!! The lights shut out and the music began to play; it was her cue to enter the stage and stand with her silhouette projected for all to see. Just as the intro instrumental ended, Maihime started to sing only for nothing to come out. Not only that, but the lights were meant to immediately come out and the dancers were supposed to come out!

Right before everyone's eyes blue streaks of lines ran through everything; the control console, the guitars, drums and the lights flickered violently and some equipment even began to steam with smoke and flickers. Eruptions of terror filled the audience and Maihime as well. Before she knew it the Kumogakure jonin flickered onto the stage, grabbed her and exited. Was this an attack? Until further notice... she was told to remain in her dressing room until her husband could be contacted...

After the sudden and devastating declaration by the being known as Madoguchi, it would seem as though as he had retreated into the chakra source as fast as he had arrived. Due to this sudden retreat by the alien threat, the world leaders have ordered all citizens' return effective immediately.