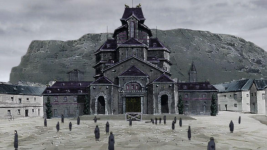 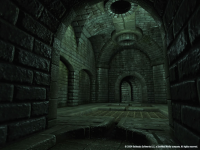 Hideout six, as it was formerly referred to as, was a hideout outside the leaf village a few ways. Many from the outside would find it abandon upon glanced inspection however, it was far from that. Chatter outside the walls and even in them was apparent. Much of it sounded like a slight whisper. Many shinobi who participated in the venturing of "Hideout six" were all ninjas scheduled and trained and sometimes ...more than often experimented on by Orochimaru.

In the front yards shinobi were often found sparing and clashing kunai as well as playing cards, and other fun/training activities. The inside of the premises was built almost cousin to how many European dungeons were created.

There were three hundred rooms, all interacted with a twin-size bed and a chest for valuables. The lights in the mannor were always kept dim 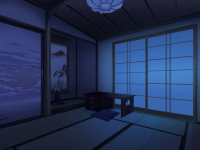 And just manner stood a lab that only certain members with higher ranking badges could access. Few...
Click to expand...